3 2013 Swimming Pool Energy Upgrades To Save You Money

There is a lot of talk the last few years about going GREEN, and one of the most overlooked parts of home energy use is the swimming pool. In this article I want to show you 3 easy upgrades you can make in 2013 to dramatically reduce your pools operating costs. There is a lot of information here so grab a beer, coffee or beverage of choice and read on below.

Magnetic drive variable speed pool pumps are all the rage now. In 2012 we bought in to the technology head on and started including them standard on every new pool we build, one of the only pool builders in the Massachusetts and New Hampshire area that does.

variable speed pool pumps are based on motor technology that is used already in hybrid cars. The magnetic drive causes less friction and thus uses a lot less energy than a standard induction style motor that is normally found on a swimming pool. 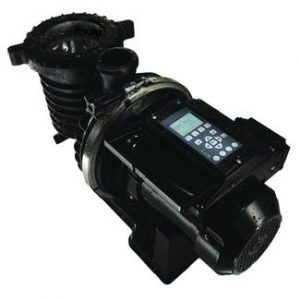 You pool pump is one of the biggest energy hogs in your home, and replacing your standard 1 speed pool motor can cut your pool energy costs as much as 50-90%!!

The one thing about these pumps that scares away some pool owners is the up front sticker price. These units run about $1,500 installed! However many states including Massachusetts give homeowners a $200 rebate for installing one of these units, thus bringing that cost down.

Both Hayward and Pentair have great online energy calculators to show you how much you can save by switching to a variable speed pool pump.

Just to give you a quick overview, if you run a standard single speed 1hp pump 12 hours a day 4 months a year, it costs you $368 a year to run your pool!

If you switch to a variable speed pump, run it just as long, it would only cost you $43 a year…that’s an 88% savings!

Most induction style single speed pumps last about 7-10 years, the variable speed pump at this calculation will pay you back after 4 years and then last 15 years + due to the lower friction placed on the magnetic drive motor.

And that’s if you only run your pump 12 hours a day, I know many of my customers run their pool 24 hours a day to keep the water moving, which is great for water clarity, imagine your savings then.

Now think of it in terms of if your single speed motor dies this spring. The cost of replacing it with another single speed induction motor is roughly $500 and the variable speed pump costs $1,500 – $200 rebate = $1,300 making the difference in cost $800.

If the $1,500 price tag still scares you a little bit, Hayward just made your energy efficient upgrade even easier in 2013.

They are rolling out a new pump based on the most popular pool pump in the industry, the Hayward Super Pump. It looks just like the pump you probably have on your pool right now, except it comes equipped with a magnetic drive variable speed motor.

The only difference is the Super Pump VSP’s highest speed is 1.5hp power where the popular Intelliflo and Ecostar variable speed pumps both go up to 3hp on its highest RPM setting , which…honestly is way too much pump for 80% of the pools out there.

The Super Pump VSP is supposed to retail right around $999 (not confirmed as of this writing), and you will still get a $200 rebate from the state of Massachusetts!

That means this pump could start paying for itself after just 1 pool season, which is amazing.

If you have been a customer of ours for a little while you know we love our Sta-Rite System 3 cartridge filters. We install them on every pool. It is by far the best system for a new pool owner and is our number 1 product upgrade we do every pool season.

The reason we have been using this system for the last 12 years + is because of its ease of use, no backwashing, no valves to mess with, and no nasty DE powder to add. You hose them off once you get the pool cleaned up in the beginning of the season and then you don’t do a thing until closing.

However the energy savings and environmental implications could be an even more enticing reason to upgrade to a cartridge filter system.

You may be thinking that because the pool filter does not directly use electricity that it wouldn’t make a difference in your energy costs, but you would be wrong.

Each filter type offers a different level of resistance on the water flow, that resistance translates into energy needed for your pump to maintain its flow. A cartridge filter gives pool owners the best flow possible due to its large size and the fact that it does not have a cumbersome multiport valve.

The multiport valve on your DE or sand filter creates lots resistance on the water flow, meaning it takes more energy for the pump to push the water through the system. In fact due to that resistance the state of California has outlawed the use of multi-port valves on pool filters.

Because a cartridge filter does not need to be backwashed periodically to relieve filter pressure and flush out debris, you conserve much more water. You will also save on chemicals as you won’t be flushing your chemicals down the drain via backwashing.

Depending on the size of your pool a cartridge filter will run somewhere between $1,250 and $1,500 installed. 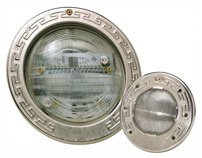 The last upgrade I want to talk about is kind of fun, a multi color LED pool light. Not only will a new LED colored light offer a dramatic pool light show after dark, it will save you money too!

We all know about the energy savings of in home LED lights compared to incandescent lights, well the same holds true for your pool light.

Replacing your old pool light with an LED can save you anywhere from $30-$50 a pool season.

In 2013 Hayward has released the first Universal LED Replacement Light. It fits in every light niche found out in the field today, so it doesn’t matter how old your pool light is this light upgrade will fit. On top of the energy savings this light is 100% brighter than any other LED pool light.

One really cool thing Hayward is doing for us is giving us a demo pool light that we can bring to your house, hang it over the edge of your pool so you can see how to new colored LED lights up your pool before you buy it!

Now Is the Time To Start Booking Pool Upgrades

We’re pretty sure most of the snow will be gone after this week in Massachusetts, so at Precision Pool we are out working. If you are interested in making some of these energy upgrades this season we recommend getting in touch with us, or your local pool service company now.